Divi Nation is back! It’s been longer than I had originally hoped but we are finally rolling again with a new season of our podcast and YouTube show.

Last season we had fifteen members of the Divi Community share their WordPress/Divi stories and valuable professional experience with us. In season two we will continue to focus on compelling stories and actionable advice–but with a few notable changes to our episode format and release schedule.

All of which is discussed below in our very first Divi Nation Short.

In this episode of Divi Nation I share a few key takeaways I gained from creating season one of the podcast, as well as offer an overview of what you can expect in season two. The sections below provide an accurate but slightly “cleaned up” version of this episode in written form.

I could probably write a book on everything I learned writing, producing, and editing season one of Divi Nation. Well, an eBook at the very least. But in terms of broad-stroke lessons that will have a major impact on the future of Divi Nation, I was able to narrow the list down to five. Here they are.

1. One hour of content every week is too much for the average community member.

When we launched the first episode of Divi Nation there was a lot of enthusiasm. It got a fantastic reception on the blog, on Facebook, YouTube, and iTunes. But as the weeks rolled on, I noticed more and more people saying things like, “This episode looks so good! I just need to catch up on the last three first.”

And it shows in the stats. Even though the podcast got better in quality each week, and I (hopefully) became a better podcast interviewer, the amount of people that could keep up with the pace I was setting dwindled week by week.

My goal moving forward is to make every episode of Divi Nation so useful and so easily consumable that anyone who wants to stay current with us can do so.

2. Turns out one hour of content every week was too much for me too.

Between managing the blog, social channels, and creating an hour long podcast every week I didn’t have any time to actually be a part of this awesome community. I was basically just throwing content at you guys without getting a chance to participate in the conversation that was happening on a daily basis.

That’s something I want to change going forward. And the only way I can see to do that, is if we simplify and slow down. That means shorter episodes and a staggered release schedule. Which I’ll get into next.

Releasing three to five videos and an audio feed all at once (in the same blog post) made it easier for people to see just the parts of an episode that they wanted to, but it also hurt the overall content performance.

And it probably intimidated some visitors seeing that many videos in one blog post.

The biggest negative impact this practice had though, was on SEO and onsite search. We couldn’t optimize a post for a single topic, because in a given episode we’d have a chat about WordPress news, a story, an interview on a specific topic, a Divi Quick Tip, and some announcements. All of which got plenty of play by themselves, but when released together they kind of held each other (and the podcast as a whole) back by making it harder to discover.

But don’t worry, there is a fix.

Ok, so, in a very general sense, there are two types of content that ended up in every episode: Segments and Interviews. To simplify things moving forward, we’re only going to publish one of those content types at a time.

Every other week, starting next week, we will publish a full length episode of around 30 minutes which will consist of a single interview.

On the alternating weeks, we will publish Divi Nation Shorts—five to fifteen minute episodes in which we’ll feature the types of content that formerly would have been in our segments; stuff like Divi Quick Tips, Design Challenges, and new stuff we haven’t even tried yet.

All-together this will allow me to make each shorter piece of content that much better, optimize our posts and listings so current episodes perform better and past episodes are easier to find. And finally it will allow me to participate in the community throughout the week instead of only on release days or when someone tags me into a conversation on Facebook.

4. Relatable stories and actionable advice were essential to an episode’s success.

Without fail, episodes with the highest community engagement had the most relatable stories. And those that proved most useful, got specific with actionable advice. I plan on doubling down in these areas when conducing Divi Nation interviews.

In fact, one huge benefit of the changes I just mentioned a second ago, is that I’ll actually be able to spend more time finding and recording the people with the best WordPress and Divi related stories and the most valuable advice to share with our community.

So that’s something I’m extremely excited about and I hope those things continue to prove both popular and valuable to you.

5. The most popular individual pieces of content to come out of season one were by far Divi Quick Tips. So we’re gonna do a whole lot more.

Most of the Divi Nation Shorts will consist of Divi Quick Tips. We might group two or three into a Divi Nation Short or spend the full episode tackling one Divi related problem in detail. Albeit still in a much shorter format than a full Divi Nation episode.

We’ve got a lot of great stuff coming up in Season two of Divi Nation. One of the biggest changes—aside from those already mentioned—is that we’ve reached out to influential members in the wider WordPress community to share their stories and experiences too.

Already we’ve got some big WordPress names that I’m pleased to announce have agreed to appear on the show: 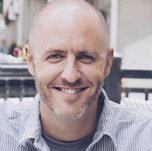 Brian Gardner, the founder of Studiopress, co-creator of the Genesis framework and now partner at Rainmaker. 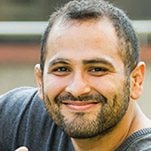 Tony Perez, the co-founder of Sucuri THE leading name in WordPress security. 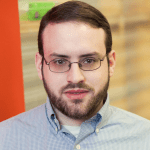 Josh Pollock, the guy who in addition to regularly blogging about WordPress for Torque Magazine and developing cool WordPress themes and plugins, literally wrote the book on the newly integrated WordPress REST API. 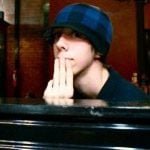 We’ll also be talking to Pippin Williamson of Pippin’s Plugins; one of the most successful premium plugin shops around. They’re the creators of the insanely popular plugin Easy Digital Downloads and many others.

We’re also going to do some cool stuff that we’ve never tried before. Such as having a Harvard MBA on the show who has agreed to take community business questions that we gather in advance. So for all of you who have WordPress and/or Divi businesses with burning business questions—that will be an episode you don’t want to miss.

And finally, I’m going to get out of my apartment and go record some episodes at WordPress events; primarily WordCamps. The first of which will take place this month in Miami, Florida where I’ll be meeting up with at least two future guest hosts to record their stories/interviews. 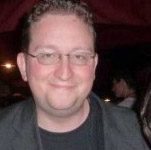 To kick all of this off, next Friday, February 12th, our very first guest of Divi Nation season two will be David Bisset.

David is a WordPress developer who hails from the early days of WordPress—version 1.5—and an avid community member. He has contributed to both WordPress core and BuddyPress. He is also a founding organizer of the Miami WordCamp. All of which we will be taking about on the show next week.

What Do You Think?

This show is all about you, the Divi Nation. Which is why your feedback is essential.

What are your thoughts on my season one takeaways? Are you excited for season two?

Let me know what you think in the comments below!